Quite recently, I had someone in my dm on twitter ask a question: ‘why don’t women out here let you go down on them?’

His question made me come up with this post.

I know how going down on women is considered necessary and any man who comes out to say he doesn’t do it is bashed and called immature or selfish. Yeah! I even have a post on how to eat it right (read it here) because it feels good and it actually is the only way some women arrive at intense orgasms when they get with their partners. It’s very intimate and sexy and it tells a lot about the kind of lover a man is (a man who loves to give head is definitely a pleaser who cares so much about his partner’s needs and will do anything to make her happy and comfortable).

If we make giving head that much of a big deal and it is the only way some women arrive at orgasms, why on earth will some other women not like it?

FIRST REASON: IT JUST DOESN’T WORK FOR HER 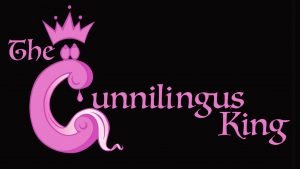 A percentage of the woman population does not enjoy oral sex and we hardly hear them talk about it out there because of the fear of being ridiculed or being tagged as inexperienced or one who hasn’t had a pro go down on her. People assume something is wrong with you when you say you don’t like oral sex and it makes it difficult for some women to admit their dislike of the act.

You must’ve heard that women are different and the fact that one woman likes something doesn’t mean the other should enjoy it. We have different bodies and that is why some women don’t enjoy head, no matter how good the man is. Look, even if you’ve been crowned ‘The Cunnilingus King’ and have had women squirt in your face while going down on them, such women will be unresponsive when you stick your tongue down there and try to work magic on their vagina. Some might even sleep off while you’re at it. It just doesn’t create any sensations or whatsoever that takes other crazy oral sex lovers to the edge with their toes curling and their legs quivering.

NOTE: Not liking oral sex doesn’t mean you’re frigid or anything. As far as other sexual acts please you and you not liking it has nothing to do with the other reasons in this post, you have absolutely nothing to worry about. It doesn’t make you outdated or less fun. It just doesn’t work for your body.

Another thing: How do you even tell your man you don’t like it? Some men will go down on you before you even know it. How do you tell that man later that you’re not a fan of oral sex? It might sound like you’re overtly saying he sucks at it so he shouldn’t bother doing it the next time you get together. Some just don’t get it, especially the ones who love giving head and the ones who assume it pleases every woman. It makes it hard for women to openly admit to not liking it.

Women, as most of you already know, are self-conscious. Most of us are always worried about how we look and we wonder whether we match up to the expectations of our partners. This can come in the way of women opening up or letting go during sex. The reason is, instead of letting her partner eat her out, a woman with a poor body image will have questions running through her mind:

‘What if I look ugly down there?’

‘What if he notices something strange?’

‘What if I don’t smell good enough?’

‘What if he goes and tells his friends that my vagina stinks?’

The above questions are enough to make a woman swear to never let a man stick his head down there and anytime her partner brings it up, she might shrug or tell him she isn’t ready for it or she just doesn’t like it.

Lying down back for a man to eat you out is the most vulnerable position any woman can find herself in during sex. It can feel like you’re letting go for him to be in control of your entire sexual energy. You’re lying on your back while he works on you with his tongue and it does the craziest and most amazing things to your body. It is what makes it hard for some women to open up to embrace the thought even. Unless you are willing to let go and not keep your guard up, it’ll be hard to let a man go down on you.

It worsens when you’ve had a man who didn’t know what he was about eat you out. That puts you in the most awkward position and it’s either you get him to stop, or pray for him to be done and promise yourself to never let a man down there again.

You need to read my post on how to eat the vagina right (click here to read). Some ladies have had men go down on them with very little or no sensations created. Instead of it being pleasurable, it just feels wet and sloppy and they wonder what the heck the man is doing to their vagina.

If you’ve had a man go down on you once and the next minute, you noticed a change in smell from the usual to a stinking one that was so embarrassing, it will be hard for you to let another man go down on you ever again. As I’ve already mentioned in my post about vaginal odors (read it here), saliva can alter the PH of the vagina and when that happens, you’ll perceive that pungent onion smell. Most girls are oblivious of why that happens so they just decide to not let a man go down on them again.

Most men find cunnilingus gross or disgusting and the most annoying part is, they always expect to receive head. Some will only do it when they’re high or drunk; in their sane minds, they will never go down on a girl. Now, with that in mind, some girls just choose to leave it out of the things they look out for during sex. You ask them if they like it and they’ll tell you, ‘nah.. I don’t like it.’ So, it doesn’t necessarily mean they don’t like head; the absence of it just doesn’t add or subtract anything from their sexual pleasures. Some also do that because they don’t want to put you in an uncomfortable position and others just can’t stand the thought of you turning down their request.

NOTE: It’s hard to get disappointed when you have no expectations.

PERSONALLY, I think it’s an extremely intimate act and you know what makes it sexier for me? When he kisses me after and I taste myself in his mouth. It feels amazing and sensual, and though I like it, I perfectly understand why another woman won’t find it fascinating or pleasurable enough. With the above reasons, you should also bear with them and accept that every woman is different. Be open-minded and communicate with your partner to know what they like and dislike and if there is a need to compromise, you do so because your aim is to please each other.

Now, to the women with a negative body image, I know how hard it is. We all have insecurities but work on yourself. There is no one perfect vagina so learn to appreciate what you have. Get a hand mirror and take a look at yourself. Take lots of vaginal selfies and admire that beautiful work of art. And don’t forget to be hygienic, have safe sex, avoid douching, give your vagina space to breathe and go for regular checkups. Read my post on how to get the ideal vagina HERE.

It was fun writing this post and I hope it wasn’t too boring for you. Share the link on your social media platforms and don’t forget to hit me up with your questions and comments.