I’ve seen lots of articles about vaginal health, vaginal discharge, and vaginal odors but I don’t much about semen. It’s not like there is nothing to know or say about semen, so why? Anyway, it’s the reason why this blog exists. Both men and women (who sleep with men) should find this article useful because there is a whole lot you can deduce about a man’s health from the color, taste, smell, texture, consistency, and quantity of semen released when a man ejaculates.

So many men do not know the taste of their semen. They don’t know what it should like, the smell and consistency of healthy semen. Isn’t that bad?

If you are a woman, you wouldn’t want to swallow the semen of a man who has an STI. What if you catch it? How about if your man has a health issue he doesn’t know about? This post can help you understand what it means when you notice anything odd about your semen or your partner’s semen and if there is a need for him to seek medical attention; he can do it as early as possible to prevent future health problems.

DID YOU KNOW THAT?

One-third of the time, when a couple has fertility issues, the man is the problem. The consistency and texture of semen tell a lot about how fertile a man is but because of ignorance, people aren’t able to tell.

WHAT EXACTLY IS SEMEN? 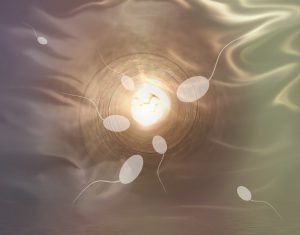 Semen is the fluid that is released when a man ejaculates and it isn’t the same as sperm, although it contains sperms. You will be surprised to know that it contains only 1 to 5% of sperms (which can be between 40million to 1.2 billion sperms). The remaining 99-95% is a mixture of chemical compounds that influence its color, taste, and smell.

HOW MUCH SEMEN IS RELEASED DURING EJACULATION?

On average, more than half a teaspoon (3.7ml) of semen is released during ejaculation. It could be more or less [between 1.5 ml and 7 ml] depending on the last time you ejaculated and how hydrated you are.

If a man releases too little semen during ejaculation (less than 1.5ml), it could be a sign of infertility or prostate cancer.

THE COLOR OF SEMEN

The normal/healthy color of semen can be described as off-white, cloudy-white, milky-white, slightly greyish, or greyish-white. If the color of semen looks different than what’s been mentioned, it could mean so many things.

Semen shouldn’t have a yellow or green color. Once you notice that, you need to have in mind that there could be many underlying causes (as indicated in the chart)

This could happen if you had to pee shortly before ejaculation, so some leftover urine remains in the urethra and it is mixed with semen during ejaculation to make the semen look yellowish. Although this might not be a cause for worry, in some cases, there could be a health issue causing it. It could a Urinary Tract Infection (UTI), an enlarged prostate, or an infection of the prostate (prostasis).

Jaundice usually comes along with the yellowing of skin and sclera (white part of the eye), chills, fever and abdominal pain.

Yellow, green, or yellowish-green semen is also a sign of gonorrhea and chlamydia.

These colors are usually a sign of blood in the semen. Red and pink semen is indicative of fresh blood in the semen whereas orange and brown indicate older blood in semen that has been exposed to oxygen. It could be caused by the bursting of a blood vessel and sometimes it isn’t a cause for alarm. In that case, in a day or two, the color goes back to normal (off-white).

If not, it could have any of these underlying causes:

If you undergo prostate surgery and you notice blood in your urine, you don’t have a reason to worry. It usually involves cutting of tissues that can cause blood to leak into your semen

Excessive/frequent ejaculation and edging can cause semen to be bloody.

Having high blood pressure can cause leakage of blood into semen and it is accompanied by other symptoms like shortness of breath, bloody nose, and headaches.

These usually come along with painful ejaculation, painful urination, tender or swollen scrotum, tenderness in the groin area, pain in your lower back, unusual or colored discharge from the penis, blood in urine, and rashes in the genital area which can be itchy or painful.

Black semen can be caused by very old blood in semen, exposure to heavy metals, and /or spinal cord injuries. See a doctor when your semen turns black.

A change in color of semen from off-white to any of the colors above can be a sign of a prostate infection but it isn’t a standalone sign. It comes along with other symptoms that you need to see before you can be convinced that you have the infection.

Here are the other symptoms:

Normal, healthy semen should have a mild and inoffensive taste. Some people describe it as being slightly sweet and salty at the same time or metallic because of the zinc it contains. Also, when a man doesn’t ejaculate for a long time, the first semen that comes out can be very strong or concentrated, but after some time, it should go back to normal.

Semen tasting too sweet might be a sign of diabetes (too much sugar secreted into the semen).

The taste of semen can also be subjective because each individual has taste receptors. If there is an issue with your taste receptors, things might taste differently than they’re supposed to and semen will have an odd taste.

On a normal day, semen should smell like bleach, chlorine, or ammonia. It can also smell metallic because of high concentrations of zinc (needed for healthy sperm production).

It is important to note that many things can influence the smell and taste of semen. It could be diet, hygiene, sexual behavior, and whether the man is circumcised or not. It’s the reason why people say that a man should eat a lot of pineapples if he wants his semen to taste good. Also, when a man is uncircumcised, his semen could smell different because sweat, smegma, dead skin cells, skin oils, and bacteria under the foreskin can mix with it during ejaculation.

These are usually caused by STIs (Trichomoniasis and Gonorrhea) or a prostate infection.

TEXTURE AND CONSISTENCY OF SEMEN

Normal/healthy semen is thick and jelly-like but because of diet, alcohol consumption, and level of physical activity, it might not always be as thick as it should be. Also, right after ejaculation, it is pretty thick but after some time, it can become runny.

This can be a sign of dehydration, hormonal imbalance, or an infection.

Watery semen is a sign of infertility (low sperm count) or it can be caused by frequent ejaculation in a small amount of time.

SEMEN AND YOUR DIET

Foods for sweet-tasting semen (EAT MORE OF THESE):

HOW TO MAINTAIN GOOD HYGIENE FOR GOOD SEMEN HEALTH

SWALLOWING SEMEN WHEN A MAN HAS AN INFECTION

Go for regular STI tests, know your partner’s status, use condoms, and when you notice something odd about your semen or your partner’s semen, let them know and don’t give raw head (use dental dams). Don’t swallow too! Make sure they find out the underlying cause and if they can start treatment, they do immediately. Also, if it’s not an infection, you can go ahead and swallow his semen anytime you give head. It’s as simple as that!

Subscribe to this blog for new posts and podcast updates in your email!

Do you have a question or concern? Let me know in the comments or you can have a live chat with me using the red and white circle you see on your screen. Take care!